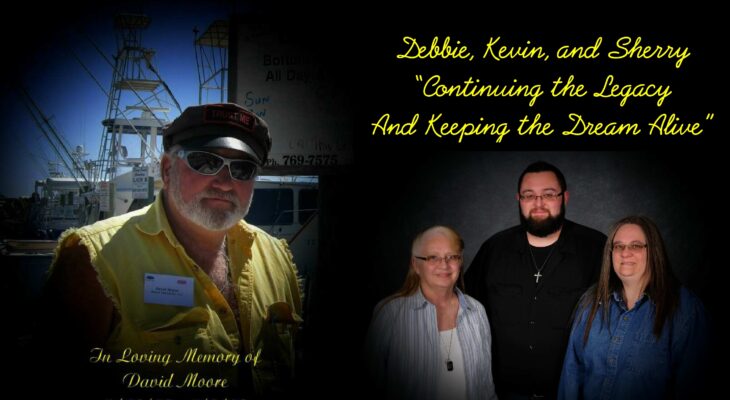 Moore Heat & Air, LLC is a family owned and operated business serving the Cabot community since 1994, providing quality installations and service of heating and air conditioning systems on the customers’ terms backed by education and integrity.  Here yesterday, here today, and here tomorrow.

David Moore, and his wife, Debbie, first started their own business in 1979 (M&M Builders) as a residential home builder in the Cabot and Jacksonville area.  In 1993, David decided that it was time for change.  In his words, about everyone that had a pickup truck and a hammer was building houses.  He looked closely at the various trades involved in building homes, and took notice of the heating and air conditioning trade.  He also found that there were new state licensing regulations soon taking effect in that trade.  He decided that heating and air conditioning was what he wanted to do.  In February 1994, he passed the Arkansas HVAC Licensing test and received his Class B HVAC license.  Moore Heat & Air was then established.

January 2007, David Moore began talking about retirement, which he said he wanted to do in six years (2013).  Later that year, his daughter, Sherry Mash, decided it was time to get her HVAC license in order to continue the business upon his retirement.  In October, she passed the test and received her Class A HVAC license.

In May 2009, David Moore passed away.  The business ownership transferred to his wife, Debbie Moore, who operates the business today, along with the help of their two children, Sherry Mash and Kevin Moore.  Sherry has been with Moore Heat & Air since 1996, except for two years (2001-2003) during which time she worked for J&B Supply, a vendor for heating and air conditioning equipment and supplies.  Kevin has worked with the company his entire career, beginning while still in high school.  Kevin also holds a Class A HVAC license.

Debbie Moore is the wife of David Moore.  Together, David and Debbie started Moore Heat & Air in 1994.  They began the business by working from their home with a small shop in their backyard.  In 1998, just four short years after their humble beginning, it was time to expand.  They added on to the shop, tripling its size.  In 2000, it was time to expand again.  They purchased property on Commercial Drive in Cabot and built a 50’ x 125’ shop building with offices inside.  The business continued to grow, and in 2003, additional office space was added to that building.  Growth continued, and in 2006, the Moores purchased an even larger building to house their business.

In May 2009, David passed away suddenly and very unexpectedly.  Debbie assumed sole ownership of the business, and with the help of their two children, Sherry Mash and Kevin Moore, the business continues.  Debbie is still active in the business, with Sherry and Kevin overseeing most of the day to day activities.

Sherry, daughter of David and Debbie Moore, graduated from North Pulaski High School in 1993.  In 1995, she graduated from Arkansas State University-Beebe with an Associates Degree in Computer Aided Drafting and Design.  She then attended Foothills Technical Institute in Searcy, where she studied air conditioning.  (Foothills is now known as Arkansas State University-Searcy campus.)  In 1996, her journey with Moore Heat & Air began.  Soon after she went to work for Moore, Sherry became EPA Section 608 Certified Universal to handle refrigerants.

In January of 2007, David Moore began talking about retiring, which he said he wanted to do in six years (2013).  Later that year, Sherry decided it was time to get her HVAC License in order to continue the business upon his retirement.  In September of 2007, she passed the test and received her Class A HVAC license, issued by the State of Arkansas. When David passed away unexpectedly in 2009, the business was able to continue under Sherry’s HVAC license.

Kevin Moore is the son of David and Debbie Moore.  Kevin began his journey with Moore Heat & Air in 2002 while still attending Cabot High School where he graduated in 2004.  After graduation from Cabot High School, he attended Arkansas State University-Beebe (Searcy campus), where he studied air conditioning technology.

In March 2017, Kevin became a Class A HVAC License holder in the State of Arkansas.

Call Now for Service or to Request a Quote